What will be the new academic year at the foundation named after Shakhmardan Yessenov like? The 95th anniversary of the prominent scientist is celebrated this year throughout Kazakhstan. Will new programs be presented to young intellectuals? Will there be contests of programs that have proven themselves for a long time and arouse constant interest? The questions are answered by the executive director of the charitable organization Aiganym Malisheva. 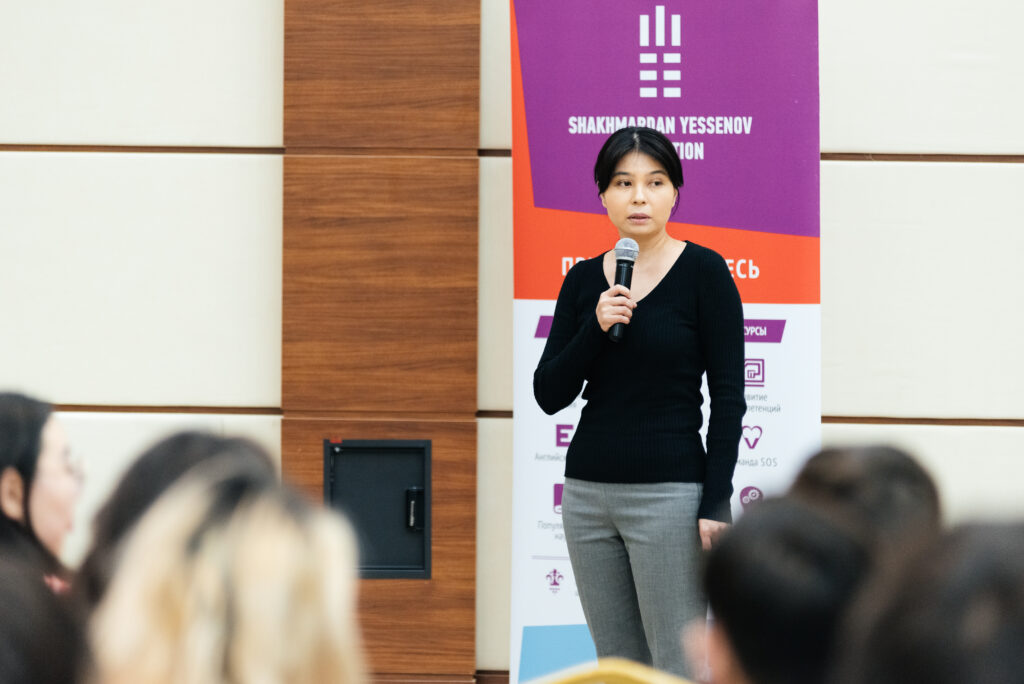 Will applications for the research internship competition be accepted this year?
The program’s provisions will appear on the foundation’s website, as usual, before the start of accepting applications. We have 10 grants. By tradition, we give more than a month to submit online applications: from October 21 to November 30. A bit of statistics: in 2017 we received 62 applications, but next year it is already 238. The number of participants does not depend on the time allotted for submission. Unfortunately, most of the applicants for the grant submit their documents in the last days, or even in the last hours of the competition. We start accepting applications for the program earlier than usual so that the winners have more time to apply for a visa. The resolution of visa issues after the pandemic lasts 3-4 weeks longer than in 2019. For example, the waiting period for a Canadian visa – and this is one of the most popular internship destinations – is from 3 months or more.

When is the scholarship program competition scheduled?
The scholarship of Academician Shakhmardan Yessenov is our most popular program. This year we received a record number of applications – 675, the competition was almost 34 applicatns for one scholarship. The collection of applications will begin on January 30, 2023. At the beginning of April, according to tradition, we will announce the names of the fellows. Traditionally, this is associated with the Day of the Geologist, so the year of payment of the scholarship lasts from May of this year to April of the next. There will be 20 recipients. There is also news for this year’s fellows – since January, the amount of their scholarship increases and will amount to 40,000 KZT (now – 35,000).

What else will the foundation celebrate the tenth year of its activity?
We will continue the Yessenov Launch Pad program debuted this year. The results of the pilot project showed that it is necessary to expand the list of specialists who can take part in it. Everyone who connects their lives with exact sciences, engineering, medicine and IT will be able to participate in the 2023 competition. This year, the program was aimed only at IT specialist. We will also keep going with the project started before the pandemic – Find Your Way program, a series of lectures for schoolchildren and school graduates, which helps them choose a future profession and acquire many useful “soft” skills. There will also be changes in the Orleu program, which launched this summer (a one-year grant for undergraduate studies at a university or college). Next year, those who plan to become a teacher in natural science and exact subjects will also be able to apply. As well as this year, next year applicants entering the natural sciences, information and communication, mathematical and statistical, engineering and healthcare specialties can take part in the program. This year’s winners, who are already studying, will be able to apply for an extension of the grant for the second year of study on a general basis. Next year we will continue to train young scientists in data science at Yessenov Data Lab (YDL), which we did not conduct this year. We have been thinking about the Web 3.0 concept, which is new for Kazakhstan and the whole world. Perhaps it will also be reflected in the YDL curriculum. At the moment we are conducting research on the topic.