At the time of the pandemic, the winners of the programs of the Yessenov Foundation continue to work and look for a placement for doing internships abroad. 15 winners of the program of Internships in IT startups in the United States previously managed to spend six months in Silicon Valley, but last year’s winners faced a serious obstacle – Сovid19. At a recent meeting with the foundation’s trustee, PhD and startup entrepreneur Eldar Akhmetgaliyev, we found out how they are doing. 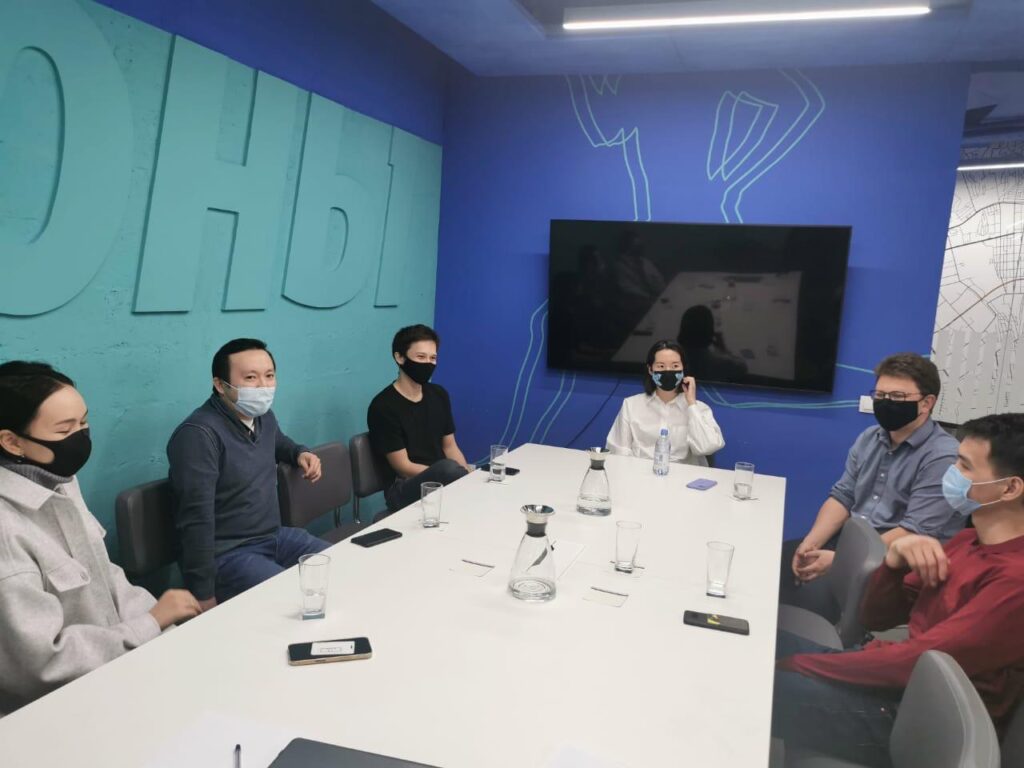 Eldar, who lives permanently in the United States, flew to Almaty and met with Darkhan Aimaganov, Shyngys Kenessov, Ainur Makhmet and Zhanar Tanirbergenova. Despite the decision of the founder of the foundation, Galimzhan Yessenov, to keep all the grants won last year active until the end of 2021, the fifth winner of the competition Aidos Sarsembayev, who was present at the meeting, has decided to leave the program, thereby losing the right to an internship at the expense of the Yessenov Foundation. Last year, he got an interesting job, and obligations to the employer do not allow him to go to the US for six months.

The participants talked about how they are looking for a placement for internships thwarted by the pandemic. All of them currently work. Darkhan is a leading data analyst at One Technologies. Nevertheless, he continues to look for a startup that would take him to the States. Like Ainur Makhmet, who works in the “Kar-Tel”, while studying for a master’s degree in Kazakh National University majoring in machine learning and data analysis. Shyngys has already received an invitation from the startup and, after waiting for the end of the bans on entry into the United States imposed by the former US President Trump, he is going to submit documents for obtaining the J1 visa that would allow him to work. Shyngys hopes that he will still be granted a visa, despite the fact that the inviting party does not have a permanent office, which may negatively affect the decision of the US immigration services. Zhanar works as a backend developer at ArtMedia. She found a placement for an internship last year, but the declared pandemic and subsequent decisions of the American authorities prevented her from getting a visa.

At the end of the meeting with the winners of program of Internships in IT startups, the trustee of the Yessenov Foundation, E. Akhmetgaliyev, answered the questions. He recommended that Kazakhstanis learn to demonstrate all their competencies, efficiency and reliability when communicating with the founders of the to-be-placement startups. He noted that the Valley is gradually ceasing to be a center of startups. This is due to a boost in the housing prices in general: with a slight decrease in the prices for real estate itself in San Francisco, the rent has significantly increased nevertheless. Many people move their businesses from there to other cities of California (e.g., San Diego, Los Angeles) and other states (e.g., Texas, New York, Ohio, Colorado). Therefore, he recommended expanding the geography of the search for the placement. Akhmetgaliyev also noted the continued growth in demand for specialists in the field of data science. More and more industries implement machine learning in their work.

Separately, Akhmetgaliyev mentioned the perspectives of returning life to normal in the United States:
— Vaccination in some states goes quite fast, and it is hoped that most of the country’s residents will be inoculated by the summer. About 80 million Americans have already received the jabs. Therefore, I advise you to go for an internship in the summer, because by the fall, the States will most likely live as they did before the pandemic. And yet – when submitting information to any US government agency, it is always necessary to tell only the truth, without hiding anything.

From the information he shared at the meeting, it also became clear that at the moment, most of the US companies are still suffering from the consequences of the announcement of the pandemic. And, according to Eldar Akhmetgaliyev, only a small part of them are doing well, and their turnover is growing.