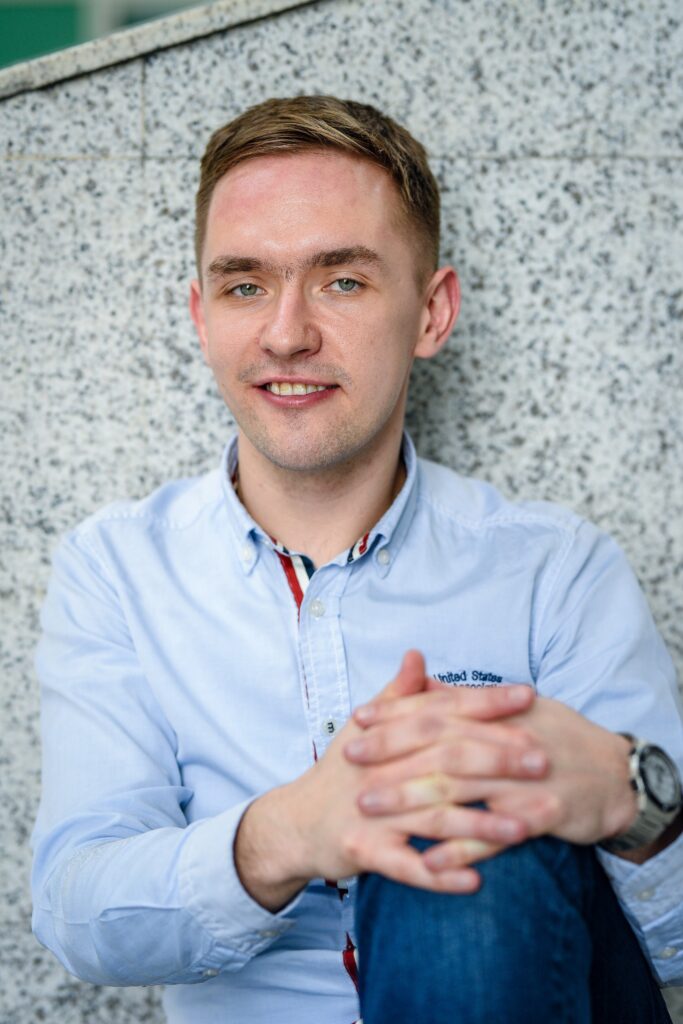 At 27, Vadim comes from a family of an engineering physicist and an accountant-economist. He says he’s a couch potato, but don’t believe it. The Karagandy resident has lived in the capital of Kazakhstan since he was 9. He became fascinated by computer science the moment he began his Pascal studies at school. His life-story is another clear demonstration that one does not necessarily need to pursue a full secondary and higher education to be successful. College and practical work gave him much more. After winning the Shakhmardan Yessenov Foundation competition, Vadim went for internship at an American start-up, where he is working today. He encourages everyone to go for it, saying, “It is quite possible for programmers to get to the Valley on an internship visa.”

When did you realise that computer development is something you are interested in doing?
I went to college after my 9th grade, but it took me up to the last moment to know my major. I chose computing technology. In my 3rd year, I immersed myself into computer networks. I studied in Korea for a year, then slowly shifted towards web development. After a summer at nFactorial Incubator, I started doing it professionally.

How did you choose your start-up for your internship?
I submitted my CV to a whole bunch of companies, but got no offer. I began freaking out a little; the guys together with whom I had won in the competition were already working at the Valley. I really didn’t like getting into a company that decided to take me as a favour, as a free developer; after all, the Foundation paid for everything – travel, accommodation, food, and a stipend. In the middle of last summer, I finally got a response from ZeeMee. After several interviews, I was introduced to the team and given an offer. ZeeMee is a platform for applicants and students. The main element of the app is chat. Users who uploaded their university acceptance letter to the app immediately got access to private chats. The app allows you to search for buddies, roommates to share an apartment with, contact university admissions representatives and second and third-year students to learn first-hand information on everything about the university and campus.

How was your time working at ZeeMee?
My colleague and I worked on new features in the app and fixed bugs. We had a small team of 15-20 people, 8 of them developers.  These types of start-ups operate much more efficiently and have a higher productivity than large companies. But we had to test each feature before launching it.  Only then did we decide whether to keep it or discard it.

What did you manage to achieve?
I studied several new technologies. I saw how tricky the code can be. A small start-up doesn’t have time to test it. A small error in the code may end up disrupting the whole project. Only large, financially stable companies create code and then improve it. In a start-up, the most important thing is that everything is working right off the bat. I upgraded my additional skills. Much is being done there, same as here, but … For example, Americans are able to clearly present their position and sell their ideas beautifully. They are also careful not to criticise other people’s ideas and work overly or unnecessarily: no one will ever tell you that what you are offering is outright terrible. Even when someone had a crappy product, they’d still say, “Wow! Cool” I paid special attention to how they work with investors there.

What was interesting besides work?
Six years ago, I visited the United States as an exchange student. Everything was easy and simple then: they met me, handed me my hostel keys, a food card – no problems. So on this trip, I was interested in everything, as I had to figure out everything myself: how to choose the best health insurance, how and where to find great accommodation, etc. I had time to travel; I even went to college, where I studied, met with friends. I visited Las Vegas again; I love that city. We drove around California – Yosemite, Santa Cruz, Monterey, Lake Trinity. I went for an excursion in Alaska, and I’m glad I didn’t end up becoming a grizzly’s dinner. I coded, but also managed to attend a start-up pitching event. I saw with my own eyes how much Americans are involved in politics: once a conversation about politics starts in the office, it can go on for a long time. But Americans are mostly concerned about local problems: my backyard first, then international politics later on. We seem to be doing the opposite.

What’s next?
When my six-month internship funded by the foundation ended, the start-up offered me to stay and work with them full-time until March of next year — as long as my visa allows. I accepted the offer, and continue to gain experience here. What’s next? I guess for now I’ll just enjoy the moment. Although I’m interested in finance. I might implement some financial and technical project in the future.