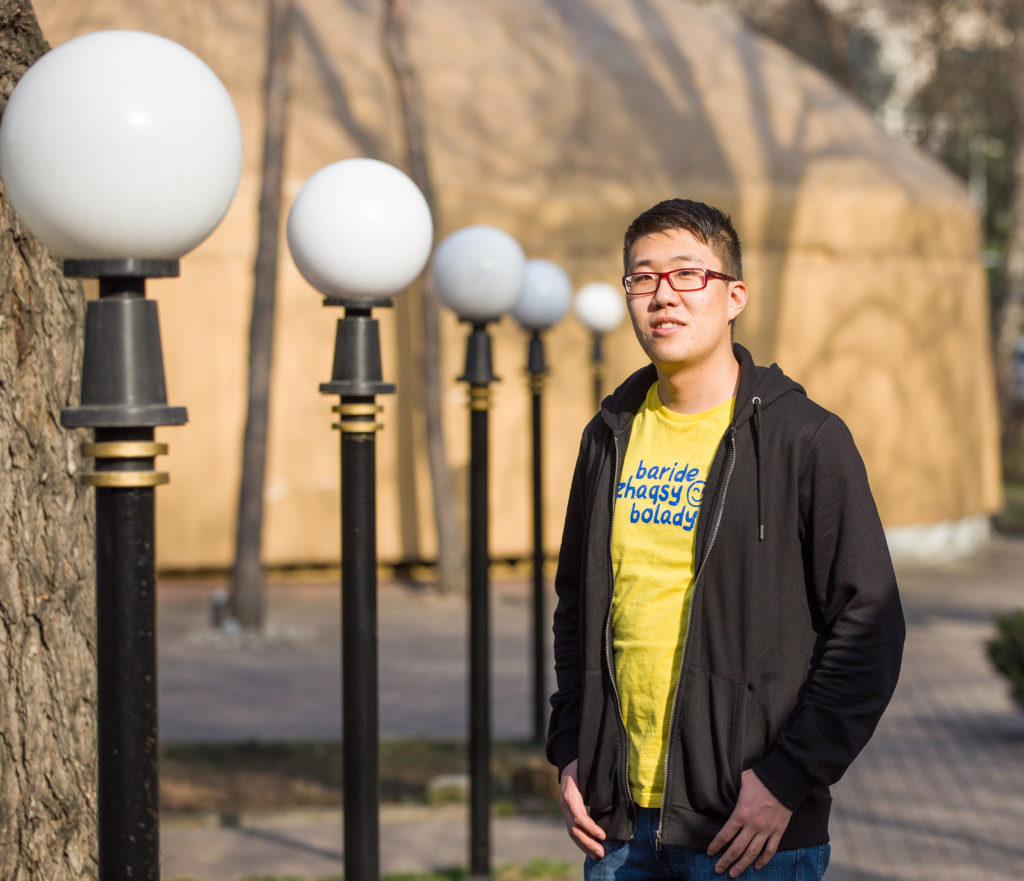 27-year-old Sergey Tyan is not just a software developer. He is also a master of sports of international class in archery, often participating in competitions. In 2017, he won a grant from the Shakhmardan Yessenov Foundation, and he spent six months in Silicon Valley, interning at the POWr startup last year. What is his life after landing in America?

When did you decide that IT is your thing?
Back in school, when I realized that I want to become a programmer.

What other hobbies besides archery do you have? How do you like to spend your free time?
Like many people, probably, I try to self-develop in my free time, I like to go to nature and go to different places, try new food.

What experience do you have like an IT specialist?
International IT University, an annual internship in Austria, work in banks and startups.

What did you remember the most in the internship fund contest?
Sleepless (because they took place at night) and stressful but exciting interviews, and, of course, the announcement of the result.

Why do you think you won?
I took every interview seriously and prepared to the maximum. That is probably why.

What did you do on the internship?
POWr startup is developing plug-ins (tools) for small businesses. It’s very expensive to hire programmers to develop sites, so most of the small businesses use site builders in the States. We presented them with simple, easily-customizable and affordable plug-ins that helped them independently create websites for any taste. I came to the company at the moment when POWr engineers started the process of migration from one technology to another (from Backbone to React), and I helped to implement this. Sometime later I began to notice many things in the development workflow, which, in my opinion, could be improved, and began to propose my own solutions. At first, they were cautious with my ideas, but, although it was not easy, I managed to convince my colleagues, and as a result, my ideas, which ultimately benefited, began to be implemented.

What have you achieved?
I introduced various tools for writing better code – before that, every programmer wrote as he / she preferred, while others read this code with great difficulty. Then I managed to speed up the process of deploying the application up to 8 minutes (before it took up to 18). Also I implemented my other ideas, the meaning of which was in optimization. I actually like to automate all the routine work. People from POWr finally made sure that there are good specialists in Kazakhstan. Therefore, they decided to open a full-fledged office in Almaty, where I work now. In addition to the internship, also I managed to participate in the Google hackathon at the same time and took second place there.

What will happen next?
As I said, we recruited programmers for the Kazakhstan POWr office. Who are we? Aigul Imadildaeva, who is also the winner of this fund competition but a year earlier, and I. We rented an office and started our business with two employees. It is curious that one of them is Yerassyl Diyas. After working with us, he applied for and won a grant from the Yessenov Foundation, so now he is on an internship in San Francisco. Meanwhile, we decided to hire more people and move to a more spacious room – we are growing. Since we have a lot of orders, where the programmers are, there are testers, support agents, product managers. In general, now, 10 months later, we are already 15. And we are not going to stop here. There is a lot of work, new travels ahead and the desire to change the world for the better.