The Shakhmardan Yessenov Foundation completed a study of Kazakhstani schoolchildren as part of the Chess at School pilot project. The project was held under the auspices of the Foundation in 2017-2020 in 18 schools in Almaty, Kyzylorda, Pavlodar city and the Pavlodar region. The results of the study demonstrated that pupils who studied chess during this time showed a higher level of intelligence, creativity and academic performance in comparison with their peers who did not study the game. “The program was initiated by the foundation’s founder, Galimzhan Yessenov. He suggested that the experiment in the pilot version should be accompanied by the psychologists. As the result of their observations should have been the objective data on the impact of chess learning on children. In the pilot classes where chess was studied, and where it was not studied, 25 psychologists made measurements using 122 parameters for 1,852 pupils aged 6-9 years. They found that pupils playing chess had improved intelligence, creativity, decreased anxiety levels, and an increased level of verbal and logical thinking,” Coordinator of the Shakhmardan Yessenov Foundation programme Saltanat Nogaybalanova commented.

“Psychologists identified a significant contrast between groups that studied chess (experiment) and those who did not study the subject (control). The former demonstrated a higher level of intelligence than the latter. Pupils from the first groups displayed a higher level of verbal and logical thinking, general knowledge and awareness, and a stronger ability to classify and generalise, identify patterns,” Saltanat Nogaybalanova added.

Another interesting aspect that psychologists discovered in the tested groups was a higher academic performance even in natural science subjects even though the load on these subjects was less than in the groups with pupils who did not study chess.

Pupils from the first groups displayed a higher level of productivity, originality of thinking, ability to detail, a richer vocabulary and a higher level of creativity. The results of the study conducted in Kazakhstan were sent to the National Institute of Biomedicine and Sports (Moscow, Russia) for analysis. Member of the Russian Psychological Society and the International Society of Sports Psychologists Olga Tiunova, Candidate of Pedagogical Sciences (PhD), Associate Professor, commented on the results,

“Children, both in classes that studied chess and in those where the subject was not taught, developed and received new knowledge, skills and competencies. However, over the course of three years, pupils engaged in chess showed higher performance in all respects. Moreover, after the summer holidays, children who participated in the Chess at School pilot project did not show any signs of deterioration. It can be assumed that chess classes help strengthen the relationship between intelligence and creative thinking, and form a cognitive structure that contributes to more effective and productive thinking.” 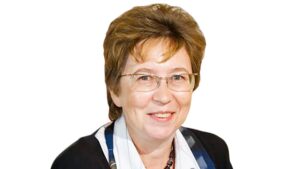 Kazakh psychologists who conducted the Chess at School project also noted that most parents of schoolchildren (more than 60% in the experimental classes and about 50% in the control classes) believe that chess should be included as a mandatory subject in the basic curriculum in elementary school. Many noted that their children’s academic performance in mathematics and subjects in the natural sciences, social sciences and the humanities has improved over the past year.

The goal of the Chess at School pilot project of the Shakhmardan Yessenov Foundation is to introduce chess in the curriculum as a subject that is taught as the school management and pupils’ parents choose. The results of the three-year pilot project shall be sent to the Ministry of Education and Science of the Republic of Kazakhstan, which will decide on the fate of the subject in the curriculum of secondary schools in the country.