36 teachers and 20 psychologists will undergo training within the Chess in Schools pilot program that will launch on September 1 of this year.  The trainings start May 29 in Almaty. The program initiated by the Kazakhstan Chess Federation and the Shakhmardan Yessenov science and education foundation will start at schools in Almaty, Kyzylorda and Pavlodar.  About 1 500 second-graders are estimated to participate in the project. 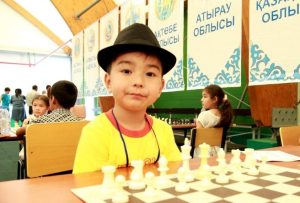 Starting the new school year, a new subject, Chess, will be implemented in 18 schools in Almaty, Kyzylorda, Pavlodar and Pavlodar region.  The project is sponsored by the Shakhmardan Yessenov foundation, which will equip one classroom in each of the selected schools with 20 chessboards and chess pieces, demonstration board, projector and a screen, laptop, speakers, printer and textbooks, workbooks and teacher’s books specially issued for the program.

— Chess will be taught once a week in the second grades of these schools.  There are 42 grades in the pilot.  We issued a set of books in both Kazakh and Russian authored by well-known Kazakhstani chess players, Fluora Khasanova and Gulmira Dauletova, – said the foundation’s executive director Aiganym Malisheva.

Training courses for the teachers will take place in Almaty (8 teachers), Kyzylorda (12), and Pavlodar (16).  The courses are delivered by the textbook’s authors and FIDE arbiters.  In Almaty and Kyzylorda, the project’s psychologists will receive their training from the faculty members of the Korkyt Ata Kyzylorda State University, Almagul Ayaganova and Sholpan Imangaliyeva, who also have designed tests and research methods for the project.  Adil Samekin, Ph.D., faculty member of the Toraigyrov Pavlodar State University, will train the psychologists for Pavlodar’s schools.

— It’s a pilot project.  The key requirement for participation is chess is taught in one of the two parallel grades.  Psychologists, trained for the project, will make assessments at the beginning, middle and end of the school year focusing on pupils’ attention span, memory improvement, changes in thinking, etc.  Based on these findings, they will make a conclusion and only after that a decision will be taken whether the program “Chess in Schools” will be introduced nationwide, – explains Irina Grishchenko, an executive director of the Kazakhstan Chess Federation.