On October 22, Almaty hosted a meeting of the founder of the Yessenov Foundation Galimzhan Yessenov with the beneficiaries of the scientific and educational foundation. The meeting was attended by 46 winners of the programs of this Kazakhstani charitable organization: research internships, scholarships, “Orleu” and others. 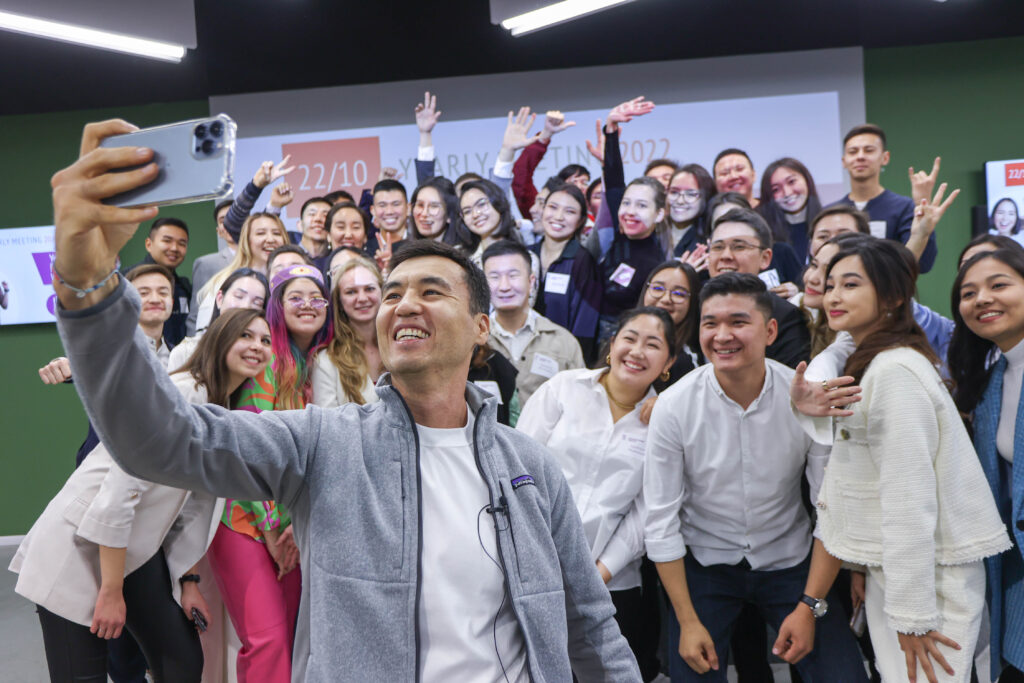 – Due to the pandemic, we could not gather the winners of the programs for more than 2 years. Thus, we decided to make this meeting special and combined in it the official moment – the speeches of the founder and employees of the foundation – with a workshop and discussion of working issues. The participants were also provided with a stage: they shared their experience and details of their projects and plans. And during coffee and lunch breaks, the guys communicated with each other and engaged in networking, – explained the executive director of the foundation Aiganym Malisheva.

The winners of the foundation’s programs of different years, students of Kazakhstani universities, representatives of various regions of Kazakhstan Daria Belyavskaya and Arailym Maikenova, Berik Kaliullaev and Bekarys Nurtai, Tomiris Atazhanova and Dauren Malayev spoke at the meeting with Galymzhan Yessenov. On their own initiative, the holders of the Yessenov scholarship from the Gumilyov University in Astana – Sayat Akhmedzhanov, a student of space technology, and architect Malika Igibayeva presented their own projects.

17-year-old Anuarbek Ashikbayev, the winner of the “Orleu” program, a first-year student of the Asfendiyarov KazNMU told:
– The program in which I won pays me a year of study, a monthly scholarship and accommodation. I have plans on how to finance the rest of my studies, but I hope that I also will be able to participate in the “Orleu” competition next year. I did not score a passing grade at the Unified National Testing, but I did not despair, I tried to find money to pay for education and then found out about the Yessenov Foundation. I advise all the guys to look for opportunities and believe in themselves.

Tamerlan Ibrayemov, an electric power engineer, a graduate of Al-Farabi Kazakh National University, who is 22, won the program of research internships.
– I am from the small town of Khromtau, I won in 2020, I did my research in Spain in the laboratory at the Catalan Polytechnic University. My work there will help in the development of electric aircraft. I would advise future contestants to listen to their inner voice, follow their essence, do not forget about their dreams and make them come true, even if it takes a long time,” – Tamerlan Ibrayemov shared.

The training event in the form of a business game lasted all day. It was conducted by a long-time partner, coach and psychologist of the Yessenov Foundation Elena Amreyeva, who is directly involved in the process of the final selection of the winners of all the foundation’s competitions.

– We started the day with a game that introduced all the guys to each other, and at the end of the day, they were already in teams developing and presenting the concept of an educational resource – the direction in which the foundation may start moving next year, – explained Elena Amreyeva. 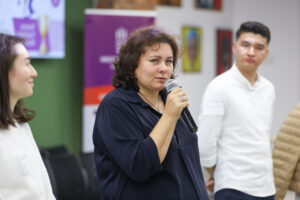 The Kazakh Scientific and Educational Foundation named after Academician Shakhmardan Yessenov (The Yessenov Foundation), whose 95th anniversary is celebrated this year, regularly holds meetings with its beneficiaries – talented young people of the country studying and working in the field of exact and natural sciences. In 2023, it will be 10 years since launching of the Yessenov Foundation. Its founder is Galimzhan Yessenov, a Kazakhstani businessman with 25 years of managerial experience, a major shareholder of Jýsan Bank. Galimzhan graduated from the Academy of Economics and Management “Eurasian Market Institute” and the Executive MBA program at The University of Chicago Booth School of Business.