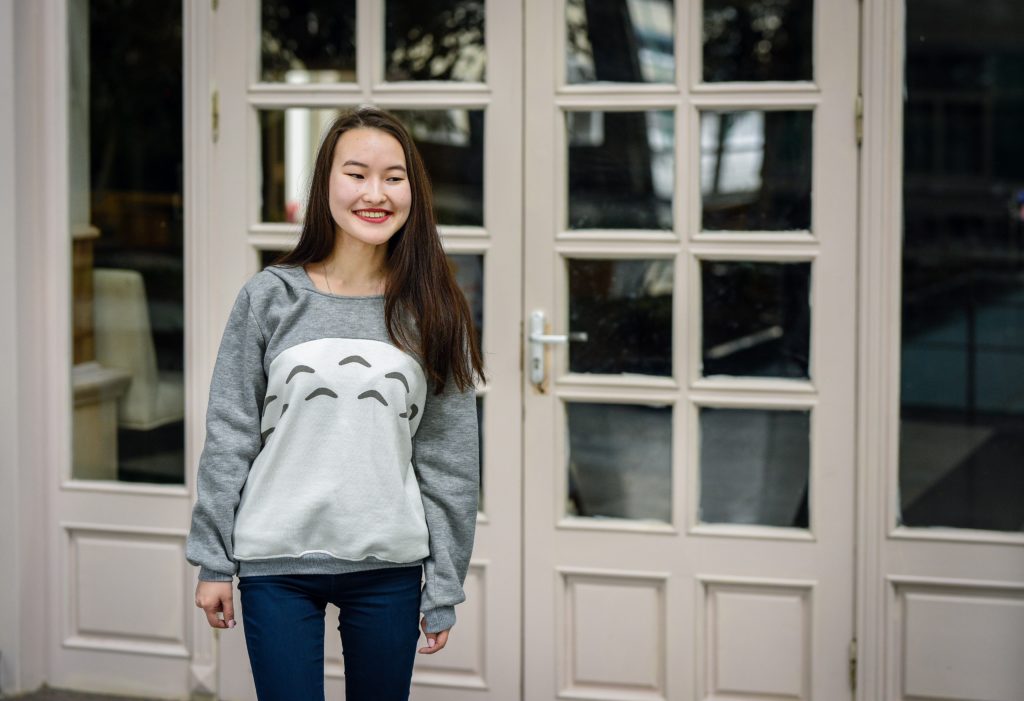 What can you learn from the story of a 22-year-old girl from Atyrau? As a child, she was interested in music, chess, and languages. Now she is studying Chinese hard, and in her spare time she helps the Club 28 Petel: she knits things for premature babies. Thanks to the victory in the competition of the Yessenov Foundation, Malika during three months of training period managed to practice mathematics, learn a lot about chemistry, pass the TOEFL and see New York. How?

Where does your interest in mathematics come from?
When I graduated from school, I did not know what my calling was. I still don’t seem to understand which discipline to choose. But! Mathematics gives me a pass to any. With its help, I can conduct scientific work in the field of machine learning, computational chemistry.

Was the grant competition difficult for you?
The most difficult stage for the majority is the second, final stage. And for me, it was the first one – writing a motivational letter. No matter how many motivational letters I write, each one brings me to a grinding halt, I have hard time with them. But as soon as I got over it, everything went off without a hitch. However, I passed everything at the very last moment. I think the main thing in the competition is to be yourself from the beginning to the end. When other applicants for your grants ask me how to prepare for the final, I say that the best preparation is not to prepare at all. Go there and have a good time with people who are not inferior to you in anything. This is it.

What did you do during your internship?
I went to the Sterling Lab at the Yale University and worked in the lab of Professor Victor Batista. I was very lucky with the laboratory. Trainees were there often, and people were friendly to me, patiently shared their experience with a student from Kazakhstan. I was given a task – to write a project by myself from scratch. I will not hide: I was surprised by the trust. I was involved in simplifying the process of calculating various parameters (Tolman, Lever, and Hamette constants) for catalysts used in chemical production.

What have you achieved in 3 summer months?
I was acutely aware of the lack of knowledge in the field of organic chemistry. I’m a mathematician, after all. I had to absorb training material at an unprecedented rate.  In three months, it seems, I got the same knowledge as if I had studied chemistry for 4 years. So at the end of the training period, I already understood the specific chemical jokes that were made by doctoral students. I gained experience working on a supercomputer and specialized programs for computational chemistry, such as Gauss View. In the laboratory, everyone’s opinion was valued, regardless of their level of education. The material I have accumulated was enough for a scientific article, which will be published in March this year.

What was interesting apart from pursuing science?
If you plan the weekend in an organized way, you can do a lot of things in addition to the training period. In my spare time, I passed the TOEFL, went to New York, Los Angeles, and San Francisco. And here I have a life hack for future winners: plan your budget and fix expenses. By spending less, you can save for traveling to neighboring cities and states.  The people from the laboratory were a very friendly and close-knit tea. And on Fridays we went out for dinner together. We also had joint picnics, birthday parties, and colleagues farewell parties.

What will happen next?
For me, there is no more difficult question. Right now I’m writing a paper on computational linguistics. This is a universal specialty (such an oxymoron).  But even now, after 4 years of bachelor’s degree program in the department of mathematics, I still can’t say what I will do. And you know, I like it. I decided to take a break and not to rush straight to doctoral studies, I want to finish my research projects.