Shakmardan Yesenov Foundation has completed accepting applications for the program for low-income entrants “Orleu”. It is held for the first time. How this competition for educational grants will go on and what is the status of other programs of the charity organization, its creator Galimzhan Yessenov tells. 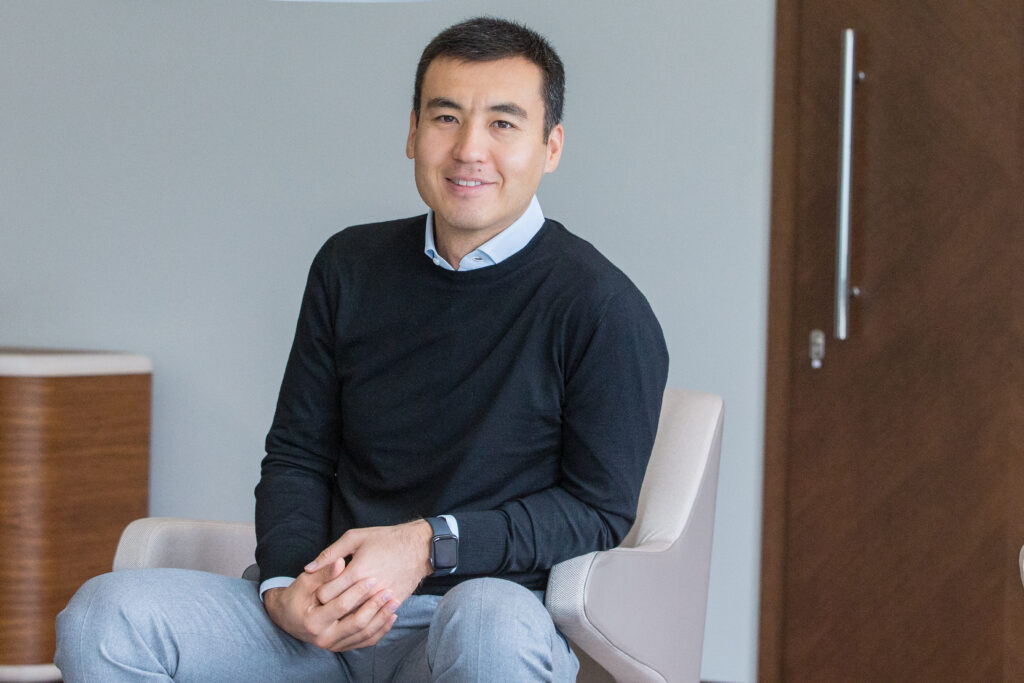 How many applications to the “Orleu” program have you received in total?
As the coordinator of the program Aigerim Sultan told me, there are 33. 22 of them from female applicants and 11 from male. 26 participants of the competition are school graduates, the rest are from colleges. We received the most applications from Almaty, Kyzylorda, Taraz, Aktau, Karaganda, Shymkent and the capital of the country.

Does this number – 33 – meet your expectations?
Definitely, yes. Firstly, this is our experiment, a test drive of a new program, per se. According to our experience, in the first year of the program, even considering the level of a massive information campaign that we usually conduct, few people learn about the program, they doubt it. It’s obvious. Secondly, there are only 10 grants. Thirdly, the grant is awarded only for a year, not for all 4 years of studying under the bachelor’s degree program. Not many are morally ready to participate in such competition, understanding that every year they need to start all over again and find financing for their study at the bachelor’s degree.

Which universities in the country do the applicants for the “Orleu” grant want to study at?
Most of all, they intend to enroll in medical specialties of such universities as KazNU, KazNMU and Astana Medical University. There are applications to the Gumilyov ENU, the University named after Korkyt Ata in Kyzylorda and other educational institutions in Kazakhstan.

What will happen to the participants next?
The competition, which will be held in 2 stages. The executive director of the Yessenov Foundation, Aiganym Malisheva, has already answered this question in detail.

Tell us briefly about how things are going with the winners of other foundation programs? Has the Yessenov Foundation managed to return to its “pre-pandemic” form?
In general, the answer is positive. We are in a constant transformation mode. Our foundation is a small and therefore flexible organization that is ready for changes dictated by changing trends in the country and the world. If this were not the case, we would not have been able to work successfully for the tenth year. Since 2013, we have provided direct support to almost 1,700 beneficiaries through our programs. All winners of the scholarship program receive stipends, all winners of scientific internships in 2020 completed three-month internships in the best laboratories in the world last year. In 2021, due to visa and other restrictions associated with the pandemic, we decided not to hold this competition, fulfilling our obligations to the winners of the previous year. And 7 of the winners of this year’s program are either already doing their research, or will start it in August and later, 1 participant left the program due to personal circumstances, the two remaining winners are waiting for a decision on a visa. We are holding the “Orleu” competition and choosing courses and additional trainings together with the winners of the Yessenov Launch Pad (this is a reformatted version of the Yessenov Data Lab and IT internships programs). At the same time we are holding several events dedicated to the 95th anniversary of the birth of academician Shakhmardan Yessenov, which Kazakhstan is celebrating this year. In autumn, we are starting to implement the English language program at the North Kazakhstan University – it won our competition among regional universities. According to what has been said, you can see for yourself, the only thing that delays us (and this applies only to programs related to traveling abroad) is visa issues. There are no problems with financing, with ideas, with their implementation, or with talented motivated youth.