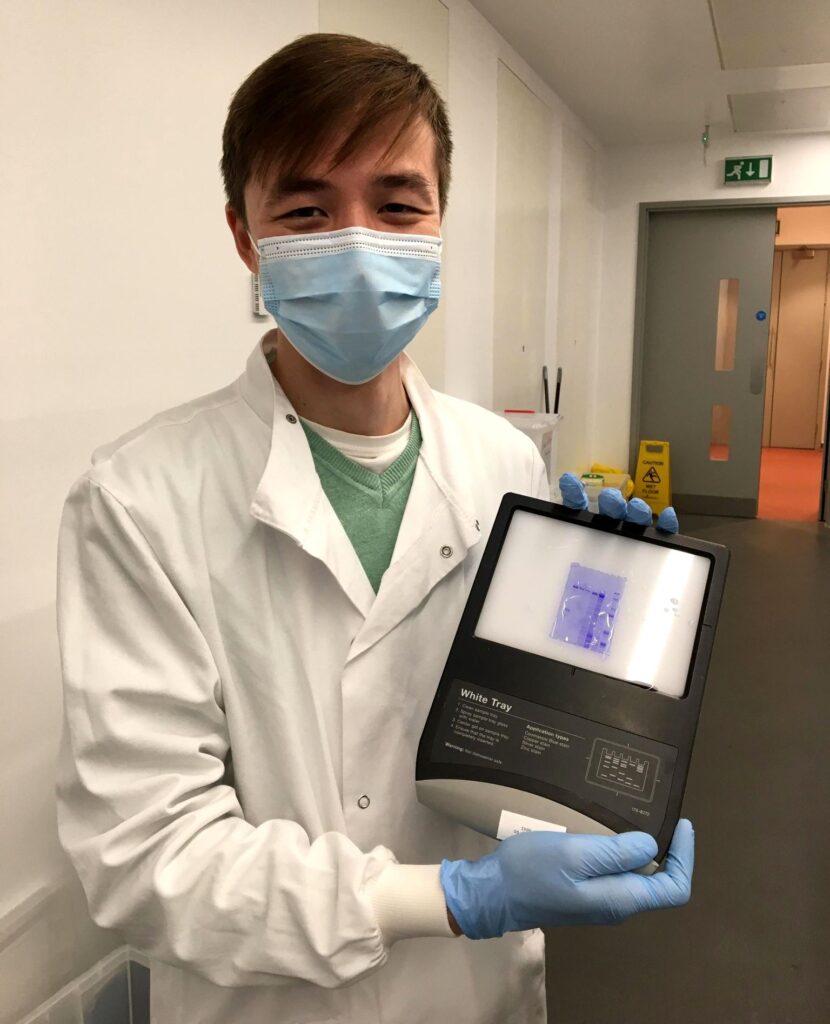 Berik is 26. He is from East Kazakhstan, graduated from the Asfendiyarov Kazakh National Medical University, won the scientific internship and master’s degree study programmes of the Shakhmardan Yessenov Foundation, and completed an internship at the University of Colorado. The young physician plans to continue his studies as a resident, specialising in a particular field. He also naturally has plans for doctoral studies. How did he end up studying abroad, and what useful things did the young Kazakh learn from almost a year and a half of studying at three European universities?

After completing your internship in the United States, you participated in the Oslo University Summer School on international health problems. What exactly have you studied there?
I studied for two months. I learned about the challenges facing global health today. The most important thing for me personally in that course was understanding how small our planet is and how a problem being experienced by one region can instantly become a global problem.

The foundation’s master’s programme has now been discontinued, and you are one of its last beneficiaries. What universities did you study at during the year, and what useful things did you learn?
I spent my first semester at the University of Tours, near Paris. I focused my studies on understanding the molecular basis of infectious diseases: how a pathogen interacts with a macroorganism, what mechanisms infectious agents use to “parasitise” in the body, and how the problem of antibiotic resistance can become a disaster. In January, I moved to Barcelona, where I studied zoonotic infections; before the pandemic, we attended lectures on coronaviruses. In March, we switched to online learning. A separate discipline was devoted to food safety and infectious diseases. One example is brucellosis, an urgent problem for Kazakhstan, which can be infected by eating dairy products and meat of a sick animal. A semester at Edinburgh, Scotland, consisted of applied subjects. These are essential for the development of scientific research skills: biostatistics, the use of laboratory animals, research methods in biomedicine. So a year flew by, or rather a year and a half, in a nutshell.

Besides science, what else did you find interesting while studying in these countries?
I managed to live in three countries at once, each of them with its own unique and distinctive culture. In France, I visited several castles in the Loire Valley. I was deeply impressed by their magnificence, beauty and, of course, history. For example, during the Second World War, the beautiful portico of the Château de Chenonceau was used as a bridge connecting the German occupation zone and the French free zone. In Barcelona, it was truly a revelation to learn that the Spaniards consider the Catalans to be a calculating and stingy people. The Catalans themselves, of course, do not agree with this. Edinburgh impressed with its unique architecture, harmoniously blending into the emerald-green hills of the surrounding landscape. This is perhaps the first city I have visited in my life where the air is so clean and there is no smog; what’s more, the water here is the purest. And yes, men and boys in Scotland wear kilts during special occasions and celebrations. If at our weddings, the focus is always on the bride in a magnificent fluffy white dress, then here, they concentrate on the groom, dressed in a uniquely-decorated kilt checkered to match the lucky lad’s ancestral clan.

As the winner of two challenging programmes of the foundation, what do you wish for 19-20 year olds?
I’d say it is not easy to give general advice, because everyone has their own path… The main thing is to dream and to set goals for yourself, and then, as they say, it’s all about the technique. It is also important to not despair if something fails to work out, as even a negative experience can be an experience that gives way to new opportunities.