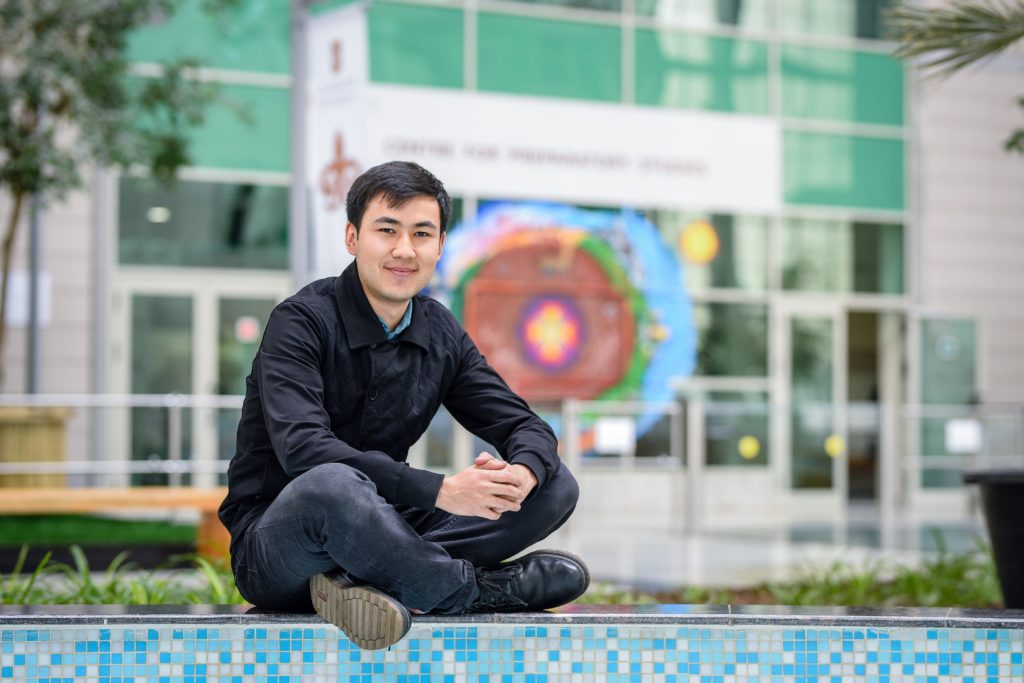 25-year-old Yerasyl modestly notes that his coolest achievements so far are graduation from the university in the capital and victory in the scholarship competition of the Shakhmardan Yessenov Foundation. We should add that the latter helped him undergo an internship at one of the American startups and seriously improve his level as a professional.

He likes outdoor activities, spends a lot of time for skiing and snowboarding in winter, and when he trained in California, he even tried surfing. Like most Almaty residents, he adores mountains, but makes a note: “I’m not a fan of climbing the mountains, I would better get to the top by helicopter and set up a camp there.”

How did you come to be involved in IT?
This happened at the university. In my first year at the Foundation, I thought I’d go to Civil Engeneering. I liked engineering TV programs – “Big, bigger the biggest”, etc., which described how the largest projects in the world (dams, bridges) were built. My friend with whom I shared the room – Anuar Serikov – was a cool programmer, and somehow he influenced me so that I suddenly decided to go in for computer science.

What discovery did you personally make during your internship?
Before my internship in Silicon Valley, I already managed to work in my startup in Kazakhstan. My work there was not much different from what I see here on every day. Indeed, today, thanks to the Internet, any individual in the world has access to information, and in general, everyone uses similar practices. However, there is one significant difference in the work, this is the opportunity for cooperation. We do not have them, but in the Valley and San Francisco there are simply a huge number of IT companies. This simplifies cooperation, it is easier to discuss problems and agree with them, because they are at arm’s length. For example, the guys from Paypal and Shopify came to us in POWr, as we were actively working with their platforms, and we discussed collaboration.

What did you do during your internship?
I worked in POWr.io, they are developing web plugins to create additional functionality on platforms for creating websites or online stores. The main customers of the company are small businesses; they cannot afford to hire programmers for constructing a site. In addition, most platforms have a limited set of functionality, and POWr.io creates more opportunities for users. The first 3 months I was involved in the development of the Front End part, handling the plug-in settings, correcting the flaws, introducing new functionality. After that I joined the server team, where I worked with internal systems, optimized the site and assembly, and corrected errors in the payment system.

Did you succeed?
Yes, I rewrote several plug-in settings, this improved the quality of the code without changing the functionality. Integrated several new platforms into our system. In general, all my projects were related to site optimization and server cost reduction. I got technical skills, learned how startups in the USA work.

What’s next?
When i returned to Almaty, I continue working with POWr remotely. Even before that, the company opened a small office in Almaty Tech Garden, last year it was expanded to 17 people, very soon we will hire a few more specialists, and we will recruit interns.