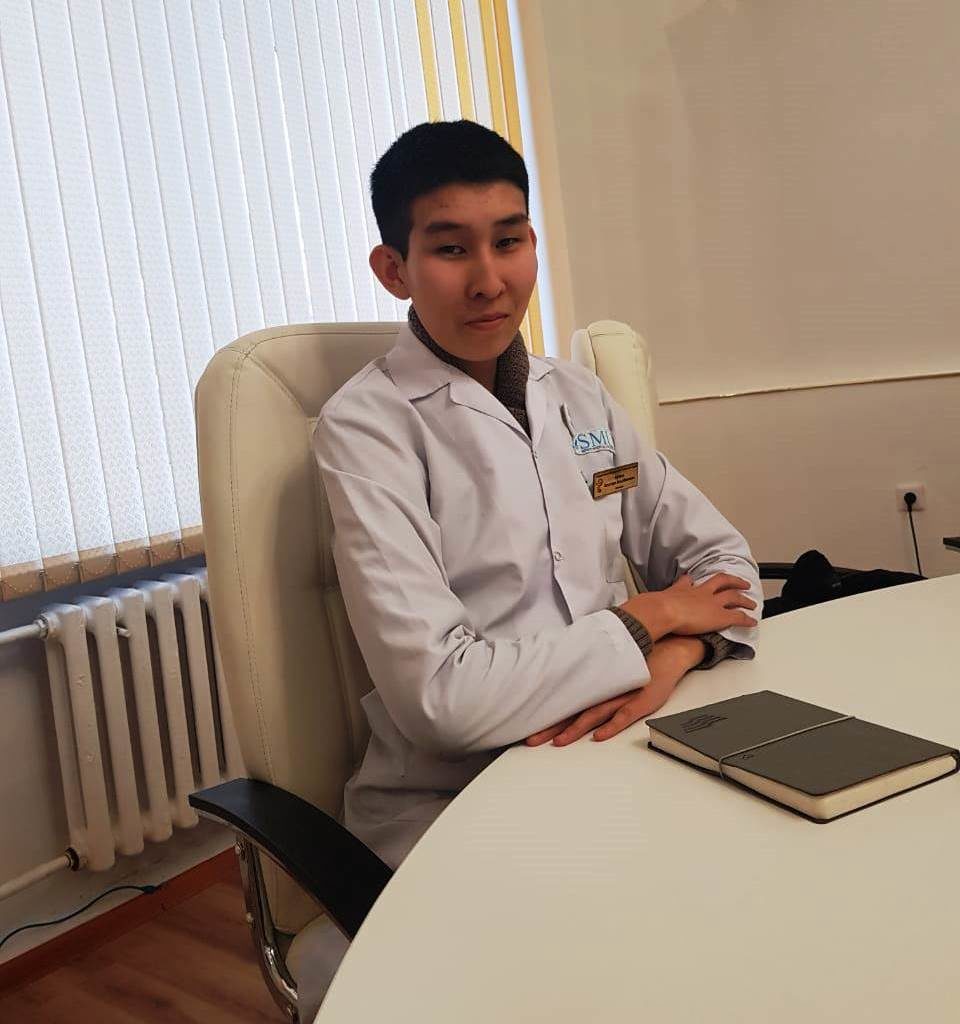 25 years old. Asylkhan is volunteer in spirit. And, despite the fact that the guy’s birthday, who comes from the heartland of the North Kazakhstan region, is on the 13th, he is lucky. More precisely, this third-year student from the Semey State Medical University manages his luck.

The future pharmacist graduated from medical college in Kokshetau, worked with children who have disorders of the musculoskeletal system. There he won the Grand Prix of the Competition named after M. P. Smirnova, becoming the best volunteer of the year. He worked for more than six months in different departments of the regional hospital, already during his first year he learned how to do intravenous injections, and change the bed for seriously ill patients. And you probably won’t be surprised that our guy became the chairman of the “Volunteer Corps” of his university. Last year he was recognized as one of the best students of Kazakhstan.

Tell us a little bit more about volunteer work.
I have been volunteering for more than 7 years, it all started during the first years at the college. As a result, we created a rather powerful volunteer organization at our university. We have organized and conducted more than 40 concerts, flash mobs, seminars, leadership and motivation trainings for children with special needs and orphans, and also we help low-income people. We work with boarding schools, non-profit organizations and orphanages. Once we were 15, today our Corps counts 300 people.

What do you like to do in your free time?
Read books that motivate me to move on. The most interesting books for me are those written by Trump – Think Like a Champion, etc. I read them more than once. They are very motivating not to give up. I also study Arabic, English. I like to travel.

What helped you win the scholarship program of the Foundation named after Sh. Yessenov?
I took the competition seriously. Perhaps the volunteer experience helped. There were many letters of thanks. My competitors, and there were more than 330 from all over the country, are strong guys. Everyone had something that I thought I was missing. The competition itself was very interesting. However, the atmosphere there was comfortable, not tense. Strong coaches worked with us.

How exactly did the scholarship help you?
It helped me partially pay for several events. For example, this summer I went to the capital for an international triathlon competition – IronMan. I worked there as a volunteer. And also I attended the Zashtyk International Youth Education Camp in Bishkek.

What are your plans for the next couple of years and beyond?
Now I’m getting ready for IELTS. After graduation, I would like to enter Johns Hopkins University in the US – one of the best in the world. Your dream will come true if you achieve your goal. After all I entered the university on my third attempt.